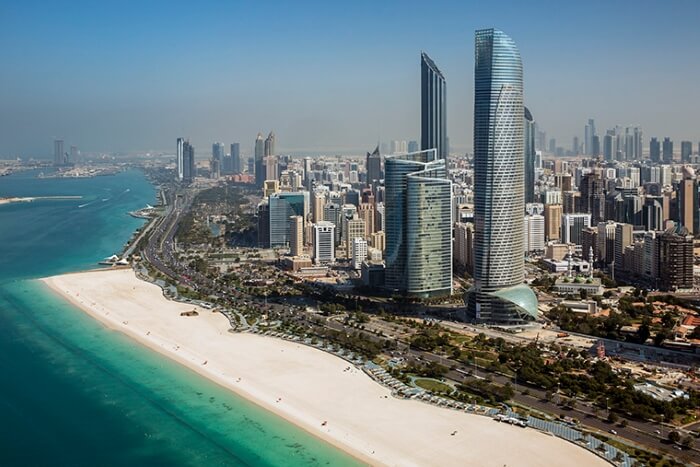 Capital of the United Arab Emirates

Abu Dhabi is the capital of the United Arab Emirates, and it’s the second largest city in the Emirates. The city has the largest population among the seven member emirate cities of the United Arab Emirates. The city’s population is about 921,000. With rapid urbanization and development, Abu Dhabi has grown to be a cosmopolitan metropolis. The city has relatively high average income and it’s now the center of industrial, political, cultural and commercial activities. Abu Dhabi accounts for the country’s 56.7% GDP due to its position as the capital. Being home to many corporate headquarters of many companies and financial institutions, Abu Dhabi’s economy has greatly grown over the past years.

The Arab heritage has inspired Abu Dhabi’s architectural designs over time, and its vision 20130 has encouraged the development of tall buildings. Abu Dhabi’s skyscrapers comprise the National Bank of Abu Dhabi and the notable Abu Dhabi investment authority tower; these two buildings showcase the city’s architectural transformation. Other symbolic buildings like the Emirates Palace, was also inspired by the Arab heritage.

Why hire a Private Jet to Abu Dhabi?

Considered to be one of the largest producers of oil, Abu Dhabi has continued to diversify its economic activities and this has attracted major foreign investors and tourists. Abu Dhabi was ranked as the richest city in the world due to its resources. Entrepreneurs from all over the world travel to this amazing place to trade and invest.

The business offices are large while the residential areas are at a close proximity. Princejets.com has partnered with major top charter operators in the Arab region to ensure that business travelers and other corporate or individual clients get to this amazing city, in style and comfort. Whether it’s a small or large group, we have a package that fits your desires, preferences and needs

Flying in a commercial flight can be tedious and time consuming, but with a private jet charter, you can get value for your money. Our qualified staff can be reached 24 hours, 7days a week to help customers plan their next trip. Simply request a fee free jet charter quote and let’s make your trip to Abu Dhabi amazingly unforgettable.